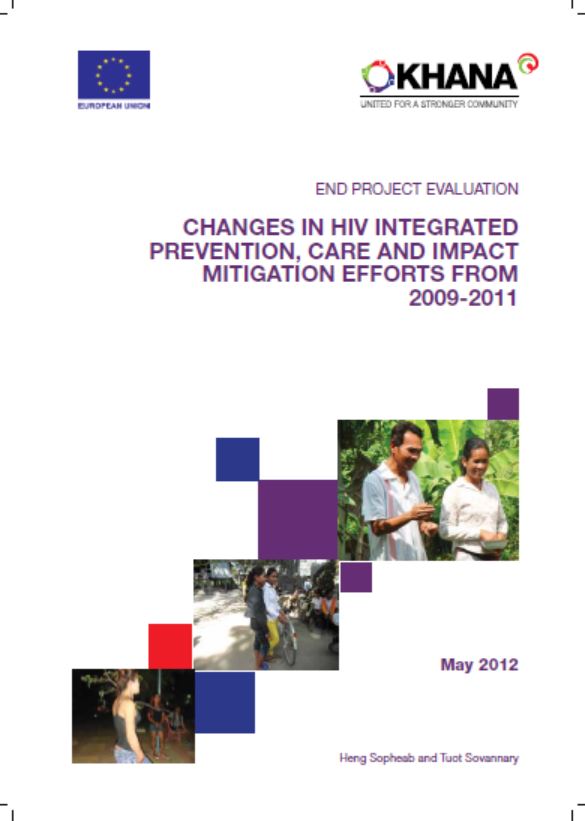 With funding support from European Commission, the “Increasing Community Action on HIV/AIDS Prevention, Integrated with Care and Impact Mitigation Efforts in Cambodia” project has been implemented since 2007 in Prey Veng, Kampong Chnnang, and Kampong Speu. The end project evaluation aims to evaluate the efficiency and effectiveness of the program and measure the impact of the program on the beneficiaries and community as a whole. Quantitative and qualitative methods were employed. The findings showed the high level of overall satisfaction with services for both PLHIV and OVC. PLHIV reported undergoing ART nearly 90%. Increased OVC regularly access schooling, social support and health condition. Consistent condom use among entertainment workers with client remains high but still relatively low when with their sweetheart. HIV test among MARP has significantly increased.