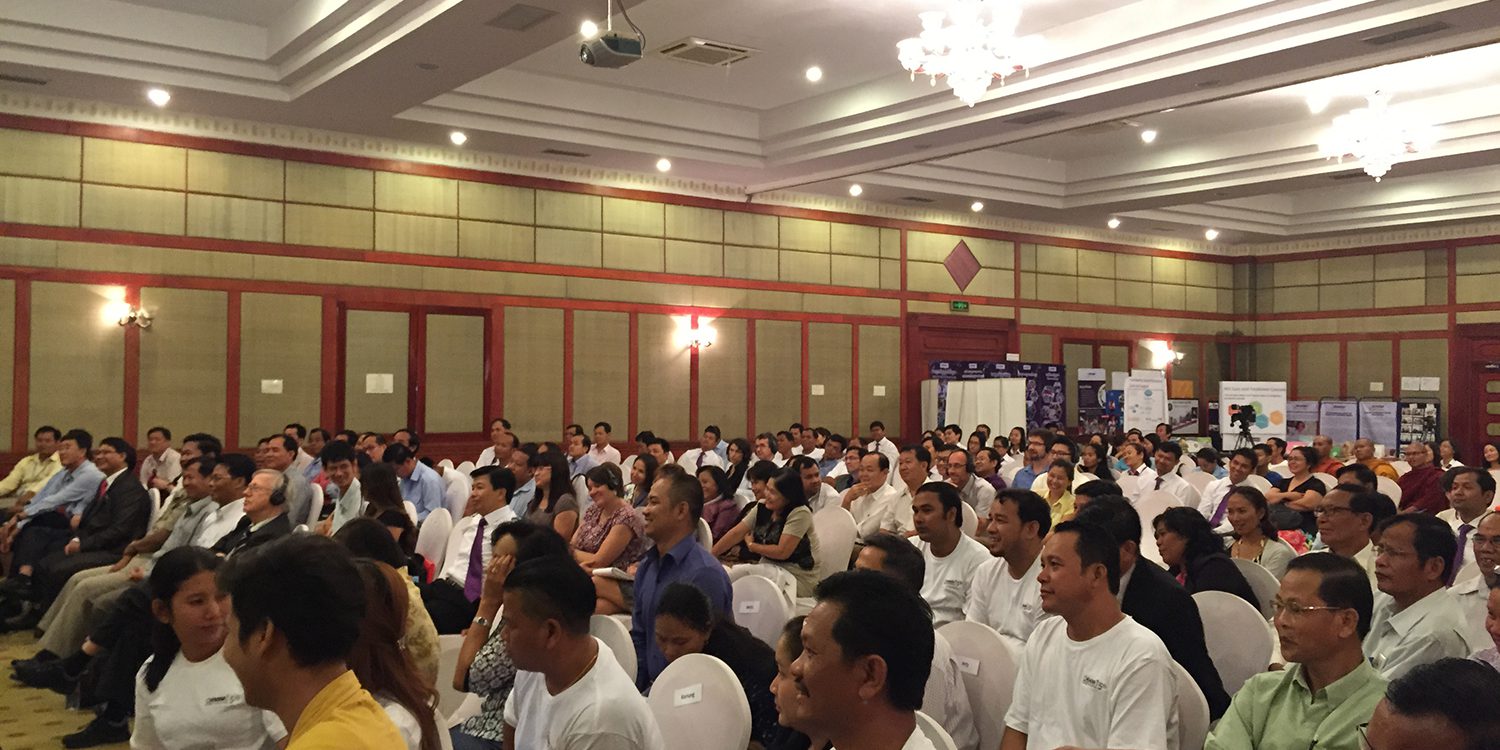 The half-day event highlights critical milestones that the country has achieved in its work in advocacy and education, prevention, care, and treatment in HIV/AIDS, with a five-fold decrease of HIV prevalence over the past decades, from 2.0% in 1998 to 0.6% in 2015. Early successful national undertakings by mid-2000s, such as the home-based care for people living with HIV, antiretroviral therapy, and 100% Condom Use Program, paved the way for more innovations at coping with the spread of the HIV epidemic. During this time, KHANA managed to successfully move towards a more integrated HIV programming model. The organization focused on targeting key populations (i.e. entertainment workers, men who have sex with men, transgender people, and people who use/inject drugs) with its programming and incorporating maternal and child health and livelihood support into its packages of activities.

Over the past 10 years, KHANA’s efforts continue to be focused on community-based health service delivery, gender mainstreaming, universal access to antiretroviral therapy, LGBTI rights advocacy, and economic livelihood support – among other focal areas. These have resulted in health service uptake, especially among key populations, decreased stigma and discrimination, and high adherence to treatment. To date, KHANA has been working with 39 Implementing Partners in 22 provinces and municipalities to deliver quality prevention, care and support services to 70% and more than 50% of key populations and people living with HIV, respectively, of estimated national coverage. The organization has also provided technical assistance to organizations in Cambodia, Southeast Asia, South Asia, and the Pacific, to boost their organizational and programmatic capacity.

“Due to the evolving HIV context, we simply cannot stick to the ‘business as usual’ principle. That is, we need to adapt to change, and KHANA will strive to stay relevant,” said Mr. Choub Sok Chamreun, Chief of Party of the USAID-funded HIV Flagship Project. He added, “KHANA will continue to be a leading organization in Cambodia and leverage its HIV experience and expertise to expand its roles beyond HIV into such areas as non-communicable diseases, economic livelihoods, and social protection for key populations.” With the government’s conducive policy environment and support and KHANA’s commitment to the “Low Costs, High Impacts” and “Lead, Contribute, Adapt” principles, Cambodia is expected to achieve its goal of zero new HIV infection by 2020 and become the first developing country for an AIDS-free generation by 2030.

Apart from celebrating all the work that has gone into making Cambodia a model country in the fight against HIV/AIDS, the 19th June event also recognizes more than 40 partner institutions and individuals whose contribution and support have been critical to the success of HIV response with KHANA and in the country as a whole.

KHANA’s Commitment to End TB in Cambodia in partnership with CENAT and financed by USAID and the Stop TB Partnership
December 8, 2020

Training on ‘Implementation of Harm Reduction in Partnership with Law Enforcement”
October 7, 2020

The official launch of the COMMIT project
February 20, 2020
Upcoming Events

There are no upcoming events at this time.